A choreographic score for one or more brown-skinned Swedish dancers.

A manifestation for the right to take place. You are invited to a cocktail party
You are served a drink and enter a room where disco music is played. After some time the room becomes quiet and goes completely dark for a few seconds.
When the light slowly rises again, the room appears as black and white.

A dancing body moves like liquid gold, slow and constant, among the crowd. Gradually the lighting changes and the room feels warmer. Moving in sweeping, swirly and melodic motion patterns, the dancing, sounding body comes close, follows, gathers to finally become surrounded by the audience.

Golden is a tribute to all the bodies that often are not allowed to take place on our stages. At the same time, it is an exploration of how voice and body can interact and influence each other to stimulate new forms of expression. 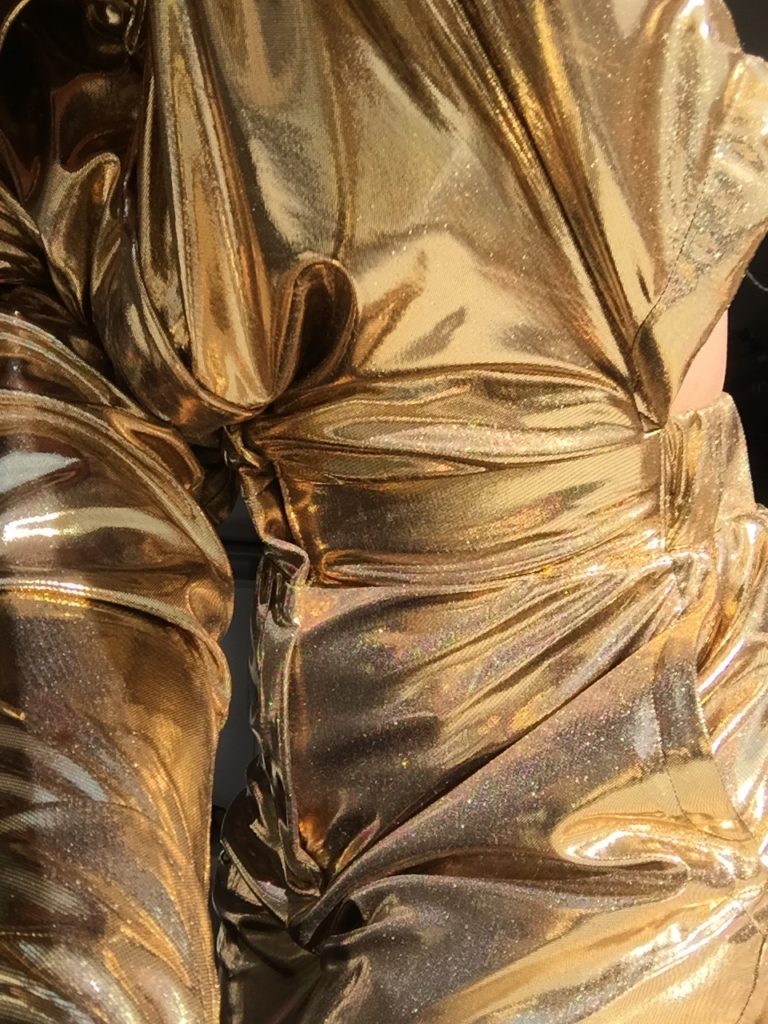 Golden is a critical investigation of issues concerning representation on the Swedish dance scene today, specifically related to ethnicity and body.
What types of bodies get the most place on the dance scene today?
What color skin do they have?

“I am and have been a brown-skinned Swedish citizen all of my life.
Close your eyes and imagine 10 dancers like me on a scene together. It’s probably not that easy because you’ve probably never experienced anything like that.”

”I was 49 years old when I first saw a performance in Sweden where all participants had brown skin. The show affected me deeply even though the theme of the play was far from my reality. I had never before and never since experienced a performance in Sweden with an ensemble where everyone has brown skin. It’s important for us, brown-skinned people to see people like us on stage. And not just one person, a someone sometimes but several at the same time. It is also important for people who do not have brown skin to see us. Since we are rarely offered the place we have to claim it.”